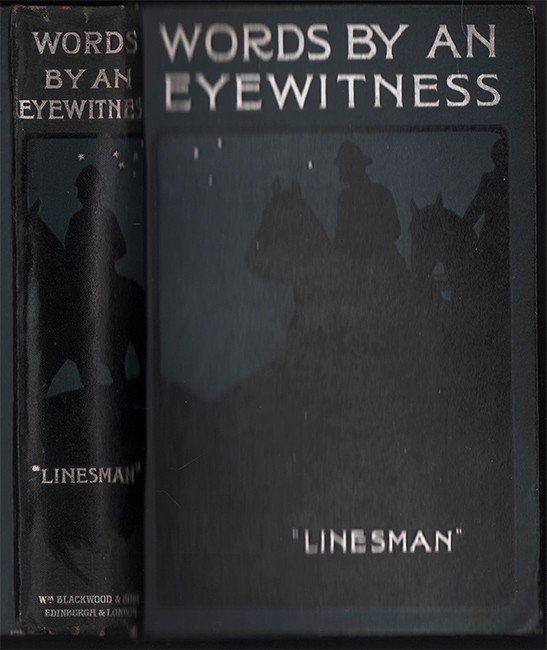 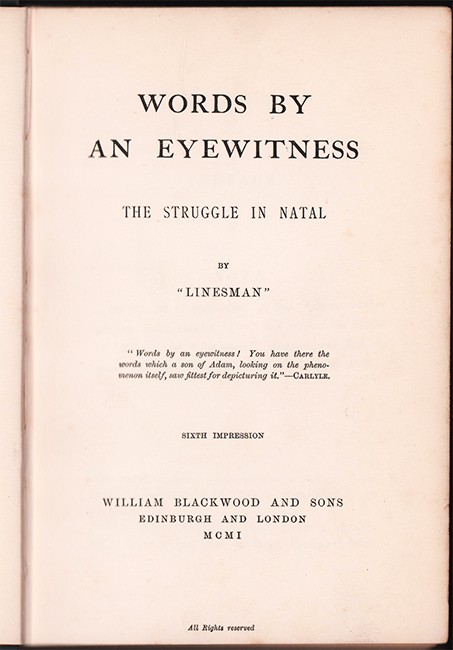 WORDS BY AN EYEWITNESS

The struggle in Natal, by 'Linesman'

A series of articles on the Anglo-Boer War from the partisan perspective of a British army captain. Mendelssohn (Sidney) South African Bibliography volume 1 page 626: One of the most brilliant books of sketches on the South African War, full of sharp and clever criticism, with many pathetic touches. Most of the articles were written during the Natal campaign .... The author remarks on the "stupendous folly" of the battle of Colenso, and praises the courage and gallantry of the soldiers engaged. He draws a comparison between the Boer and the ordinary British private, and considered that our soldiers are "too slow to perceive a danger or a possible advantage," as well as being "too dependent upon their officers." He thought that the intellectual capacity of the Boer was far less than that of the average British private, but maintained that in South African warfare "our men do everything they ought not to do and that a Boer would not do." ... The occupation and evacuation of Spion Kop is referred to as "worse than a crime - a blunder" ... The three attempts to relieve Ladysmith are described very vividly ... "Linesman" asserts that the Boers showed courage and grit in spite of the bigotry, treachery, and vice exhibited by the minority of them, and was of the opinion that the Boer "is unequalled in small cunning, and consequently holds, in small affairs, a great advantage over braver but less guileful opponents"'