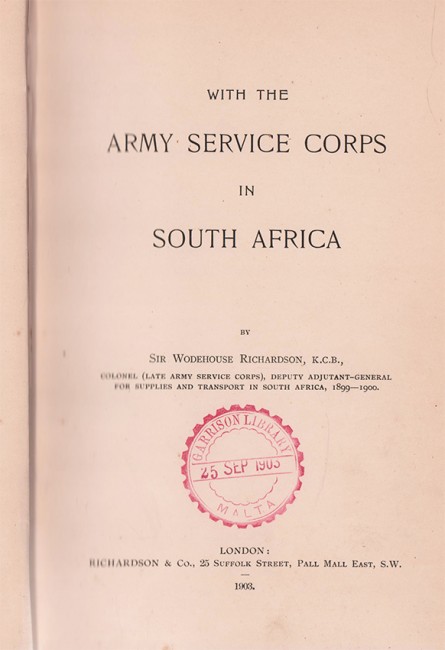 WITH THE ARMY SERVICE CORPS IN SOUTH AFRICA

Sir Wodehouse Richardson joined the Army Service Corps in 1872 and saw service in the Ashanti Campaign of 1873-4, the Kaffir War of 177-8, The Zulu War and the Boer War of 1881. When Lord Roberts arrived in South Africa in January 1900, he reorganised the whole of the transport and supply system. Regimental transport was abolished and a separate transport corps created, control of the two departments was centralised, Colonel Richardson being made Director of Supplies and Transport.