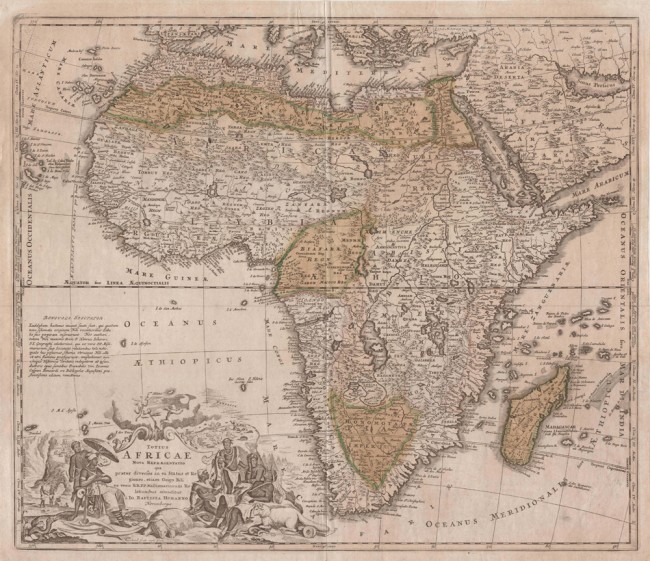 [New representation of the whole of Af rica, but different]

An unusual course of the Nile, partly according to Ptolemy (the White Nile arising from Lakes Zaire and Zaflan) and partly on the 1618 discovery of the source of the Blue Nile in Aethiopia by Pedro Páez, the Spanish, Jesuit missionary - it arises from a spring that drains into Lake Tana, in the Ehtiopian highlands - but Homann places the lake too far south on the map. The map was published in Atlas Homannianus.