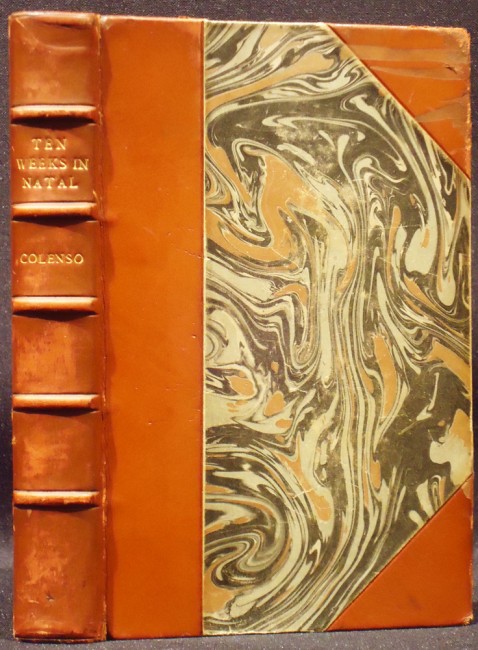 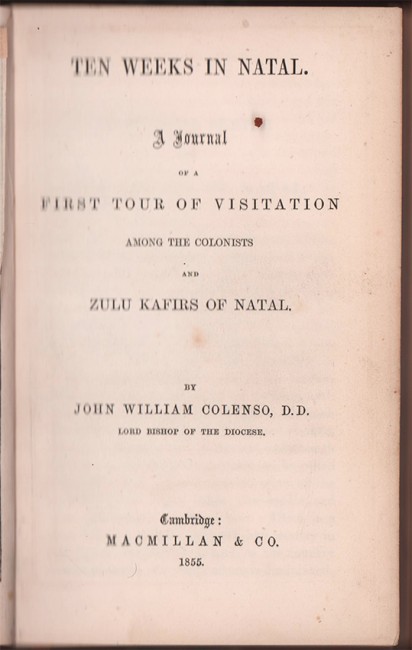 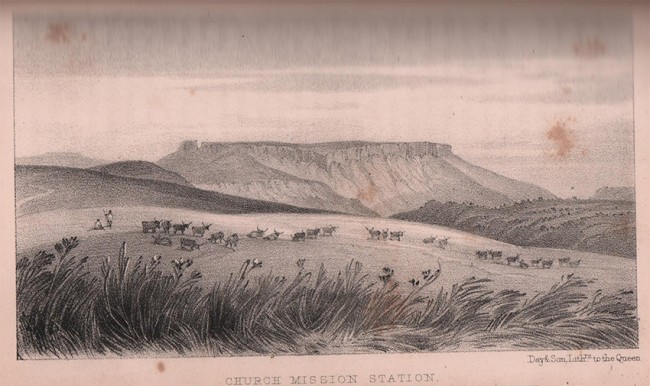 ‘Bishop Colenso was consecrated on November 30, 1853, and a fortnight later sailed for the Cape in the S.S. Calcutta, and arrived at Port Natal on January 30, 1854. Durban at this time is stated to have had 400 houses and about 1200 white inhabitants, and is described as 'a collection of cottages with a few small villa-like buildings – the road covered a foot deep, as is also Market Square, with white sand.’ The Bishop lost no time in making a tour throughout the Province, and visited not only Maritzburg and several smaller towns, but various kraals of prominent Zulu chiefs, including those of Pakade, Langalibalele, and Putine. He describes the second-named chief as being much more genial and good natured than Pakade and remarks, ‘He is in appearance rather a young man of perhaps twenty-six years, tall and in good condition….with dignity and grace.’ Colenso was later to exert his considerable energies in the defence of Langalibele at his trial for perceived resistance to the government of the Colony of Natal – a trial which was rigged by the Governor Sir Benjamin Pine.