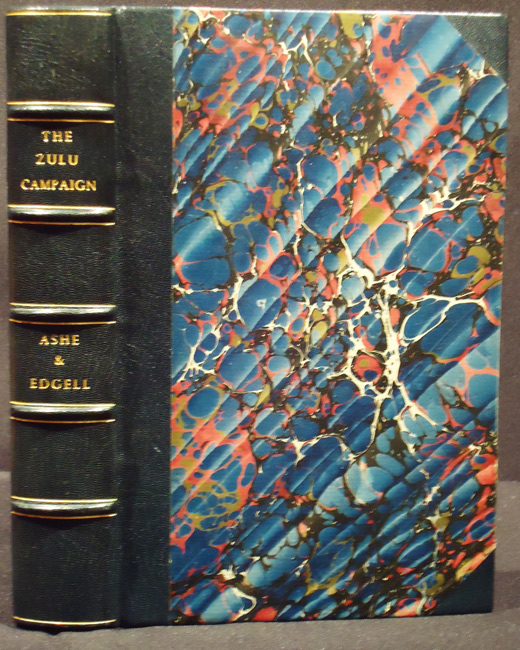 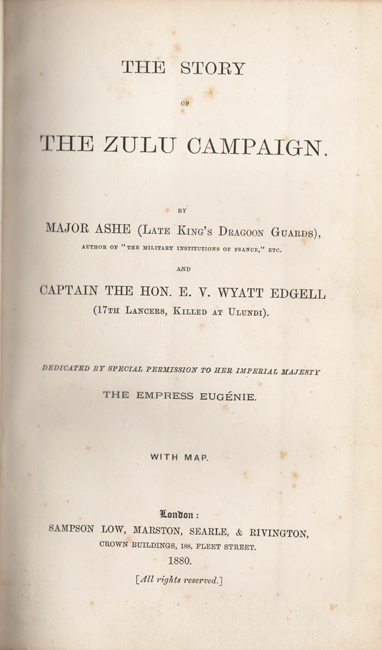 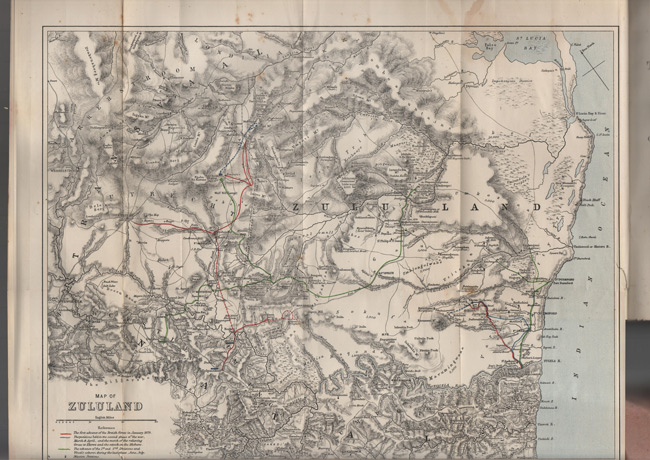 STORY OF THE ZULU CAMPAIGN.

Dedicated by Special Permission to Her Imperial Majesty The Empress Eug?nie.

'The Story of the Zulu Campaign by Major Ashe and Capt. the Hon. E.V. Wyatt-Edgell is the cavalryman's history of the Anglo-Zulu War. In informed detail, not to be found elsewhere, it describes the duties and activities of the irregular horse and cavalry during the Zulu campaign. The book also deals, from the professional soldier's viewpoint, with the more mundane but necessary activities of an army on campaign such as patrolling, bringing up supplies, and building forts and depots. This perspective more accurately reflects the daily concerns of the British in Zululand than those narratives which concentrate on the spectacular but infrequent set battle-pieces. This is what gives the book its especial significance, and places it apart from other contemporary accounts of the campaign.' Professor John Laband in his introduction to the facsimile reprint edition published in 1989 (N & S Press).