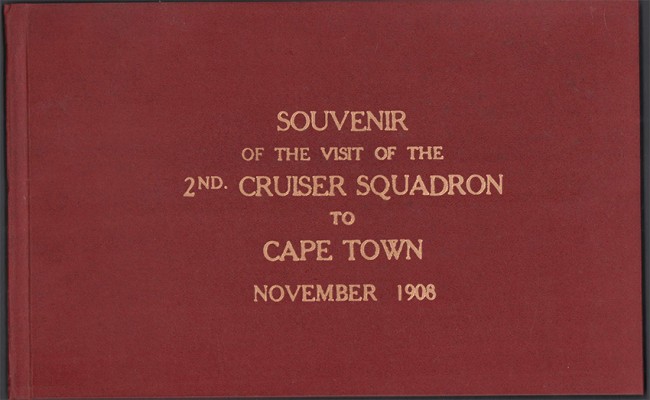 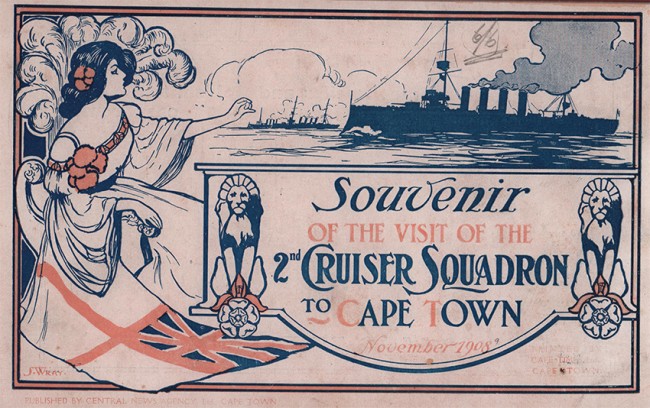 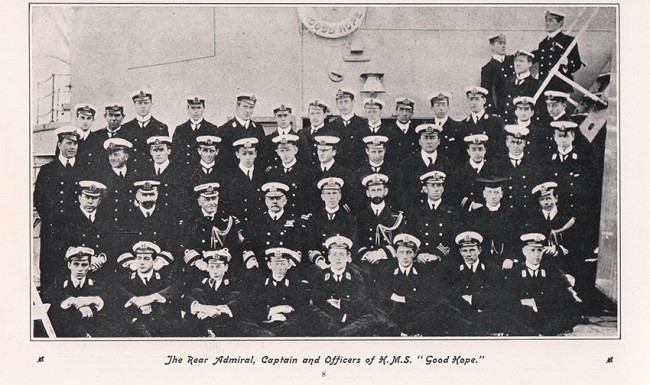 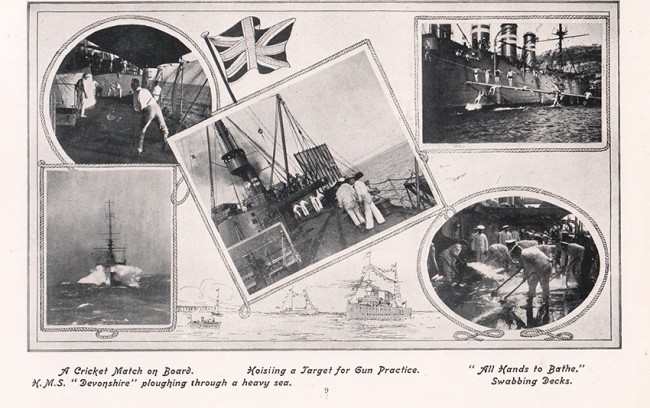 From the introduction by Sir Henry de Villiers President of the Conference: There could be no greater proof of the desire of the British Government that the Closer Union Convention should be a success than it should send the Cruiser Squadron to Durban to greet the convention. It seems to me almost like a message from the people of the Empire to the people of South Africa telling them that whatever happens they will be assisted by the Empire and the Fleet of the empire against any dangers which might threaten the Union from without. In that spirit I trust that this visit of the Suadron will be received by the whole of South Africa. A medal to commemorate the British goodwill visit of the Second Cruiser Squadron to South Africa and South America in 1908 was privately issued to the seamen on the tour. There are a total of fourteen possible clasps each naming a city or town. A seaman attending a particular reception in one of these places was entitled to that clasp. The tour was commanded by Admiral Sir Percy Moreton Scott. During the Boer War, while captain of HMS Terrible, he was responsible for the conversion of naval guns into field artillery for the relief of Ladysmith. http://www.southafricanmedals.com/index.php? page=shop.product_details&flypage=flypage.tpl&product_id=500&category_id=1&option=com_virtuemart&Itemid=1