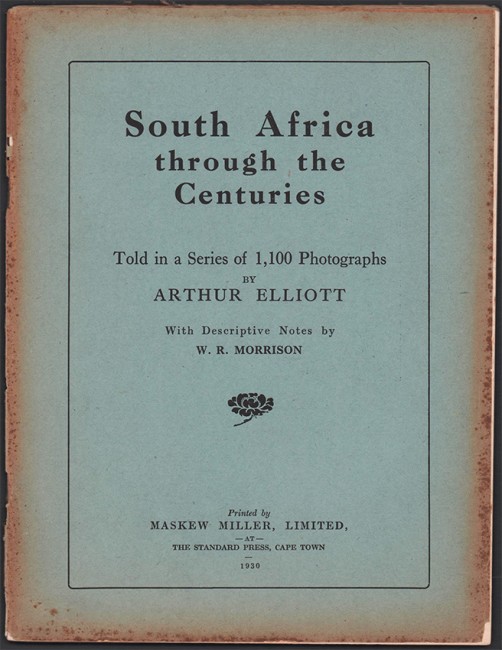 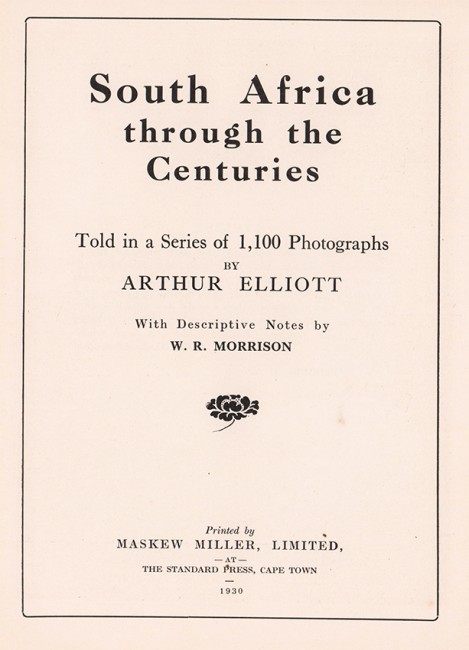 SOUTH AFRICA THROUGH THE CENTURIES

Told in a series of 1,100 photographs with descriptive notes by W.R. Morrison

This is the catalogue of an exhibition of Elliott?s photographs which took place in Cape Town in 1930. It was one of a series which he mounted between 1910 and 1938, the year of his death. He specialised in historical photographs often taking images of old paintings, drawings and maps. He now better known for his architectural photographs of Cape Town and the historic buildings of the Western Cape. Prints of the photographs could be purchased at the exhibition and for an additional fee could be coloured by hand. The collection of his negatives, mostly on glass, is housed in the Cape Archives.