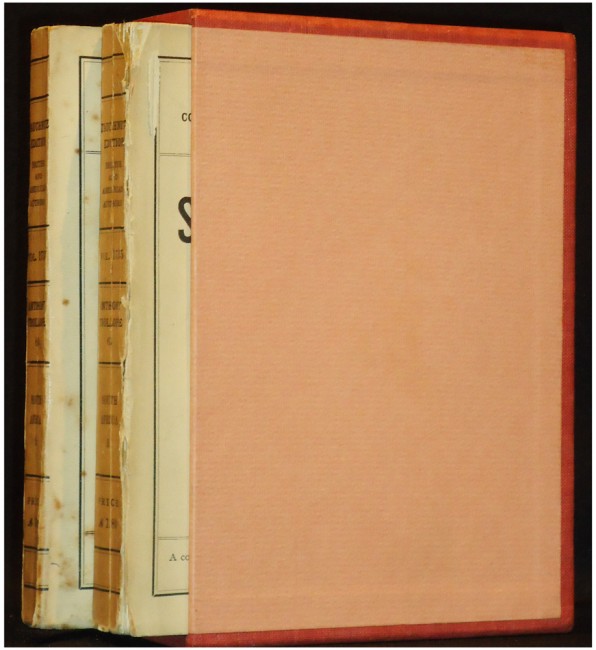 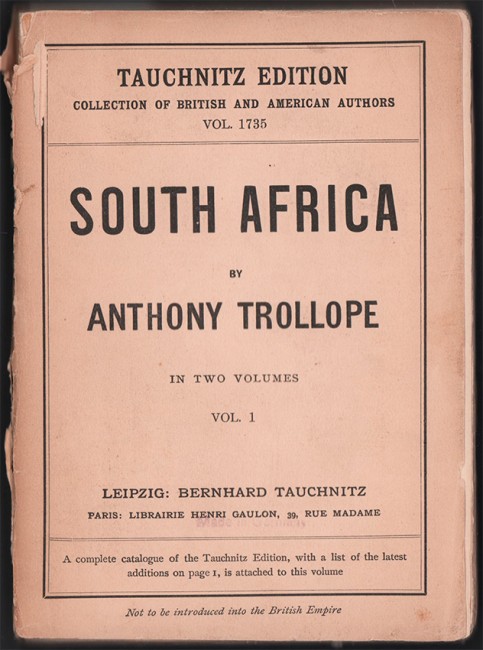 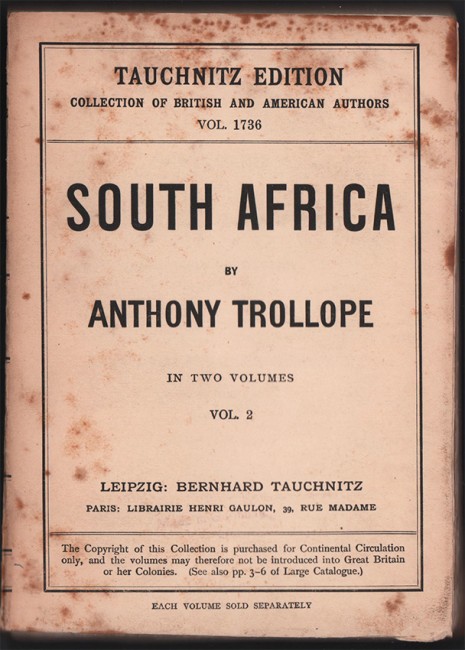 Collection of British and American Authors. Vol. 1735.Mendelssohn (Sidney) South African Bibliography volume 2 page 535: ?An account of a short tour throughout South Africa in 1877, together with a synopsis of the history of the sub-continent under Dutch and British rule, and the author's opinions respecting the native question and the proposal to federate the states and colonies. Mr. Trollope visited the Cape Colony, Natal, the Transvaal, the Orange Free State, and Griqualand West, and he gives considerable information respecting the Boer and British colonists, much of which, however, has been compiled from the works of other writers. The account of the Transvaal is of special interest, as the visit was made soon after the first annexation, and some pains appear to have been taken to elicit the views of the people upon the subject. Mr. Trollope remarks, "The only man I have met in all South Africa who has questioned the propriety of what has been done is Mr. Burgers, the ousted President. Though I have discussed the matter wherever I have been I have never encountered even a doubtful word on the subject except in what Mr. Burgers said to me. And Mr. Burgers acknowledged to me, not once or twice only, that the step which had been taken was manifestly beneficial to the natives, to the English, and to the Dutch. He thought that Sir Theophilus had done a great wrong, but that the wrong done would be of great advantage to every one concerned. I have to acknowledge with all my sympathies strongly opposed to what I call high-handed political operations, that I think Sir Theophilus (Shepstone) was justified."?See the Tauchnitz Editions website for an explanation and importance of the Tauchnitz Editions.http://tauchnitzeditions.webs.com/index.htm#627156032