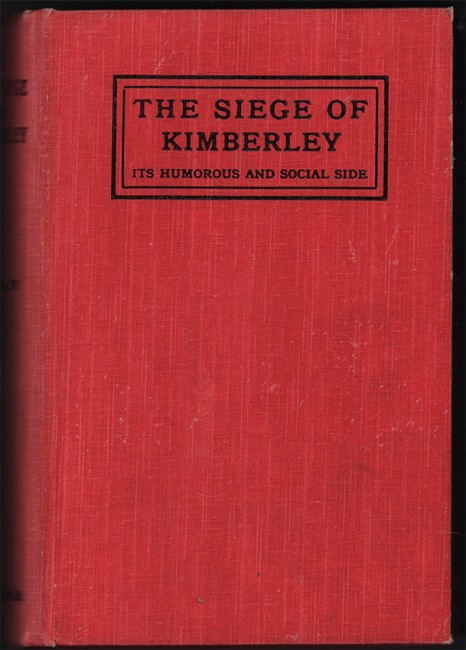 Its Humorous and Social Side. Anglo Boer War (1899-1902) Eighteen weeks in eighteen chapters

The author devotes a chapter a week to the 18 week siege, beginning:'Week ending 21st October, 1899' and finishing 'Week ending 17th February, 1900.' In his introduction he writes: 'The knowledge of what was to come was brought home to us by a gradual process that kept us permanently sane. Dull Kimberley was to be enlivened in a manner that made us wish it were dull again. ... How long would the Siege last? "About a week" was a favoured illusion; until reflective minds put our period of probation at a fortnight. But the higher critics shook their head, and added - another seven days. Three weeks was made the maximum by general, dogmatic consent. ...'