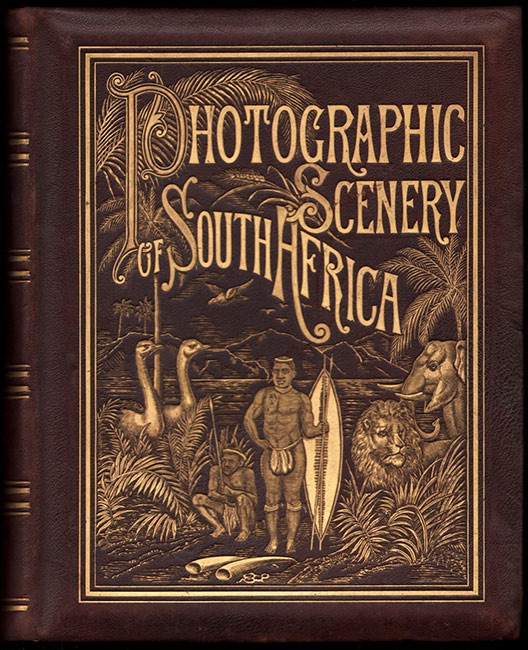 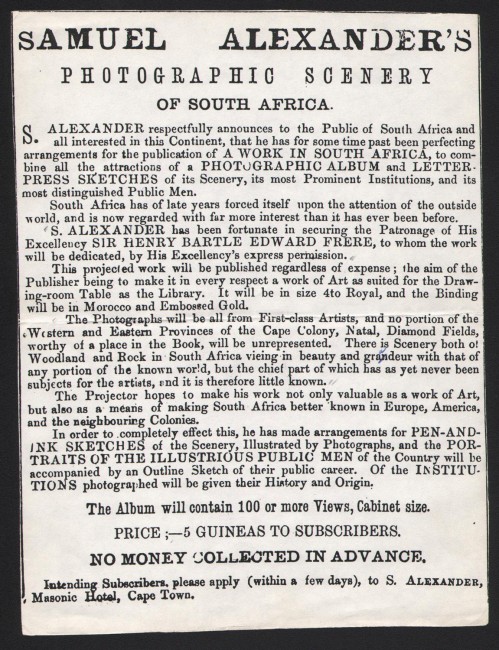 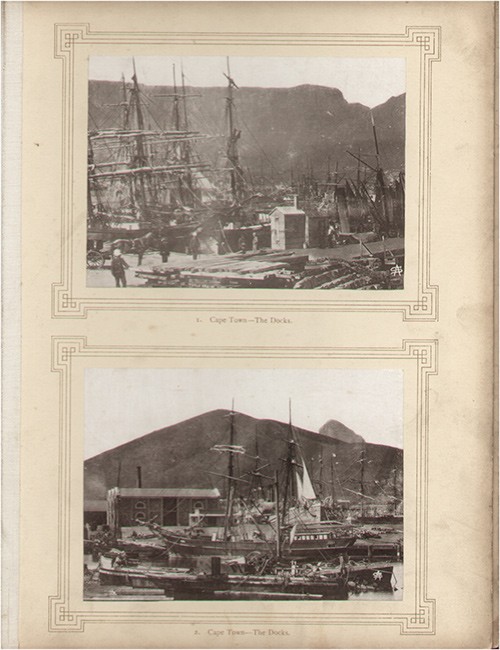 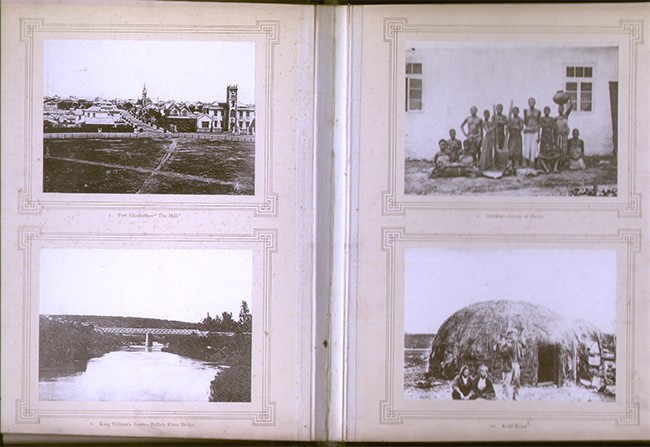 56 pages of text + 50 leaves of stiff card with 100 laid down photographs, 4to (300 x 240 mm), pictorial title page with portrait of Sir Henry Bartle Edward Frere laid down in centre, original full pictorial maroon leather gilt, a little rubbed in places, design repeated in blind on the back, all edges gilt, some foxing which does not affect the photographs

Mendelssohn (Sidney) SOUTH AFRICAN BIBLIOGRAPHY Volume 2 page 345: 'A collection of photographs published by subscription. There are 100 views, and a letterpress extending to fifty-six pages, describing the various colonies, public institutions and prominent men connected with the Cape at this period'. Sam Alexander visited South Africa early in 1880 to collect the photographs for this album. He advertised the book in the Cape Argus of 20th April 1880 stating, 'The Photographs will all be from First-class artists, and no portion of the Western and Eastern Provinces of the Cape Colony, Natal, Diamond Fields, worthy of a place in the book will be unrepresented. There is Scenery both of Woodland and Rock in South Africa vying in beauty and grandeur with that of any portion of the known world, but the chief part of which has as yet never been subjects for the artists, and it is therefore little known... S. ALEXANDER has been fortunate in securing the Patronage of His Excellency SIR HENRY BARTLE EDWARD FRERE, to whom the work will be dedicated, by his Excellency's express permission. PRICE; - 5 GUINEAS TO SUBSCRIBERS'. There are fine views of all the major S.A. cities and towns and of Mozambique. Zululand views include 'Isandwahla', 'Fort Pearson', 'The Spot where Prince Imperial fell' and the 'Graves of Coghill and Melville'. Two particularly outstanding photographs portray an as yet unreconstructed Rorke's Drift, showing the clear signs of the struggle which had taken place there in the previous year.