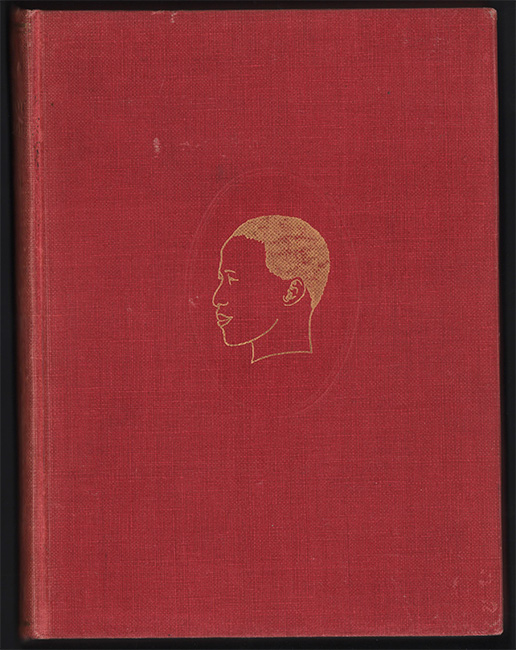 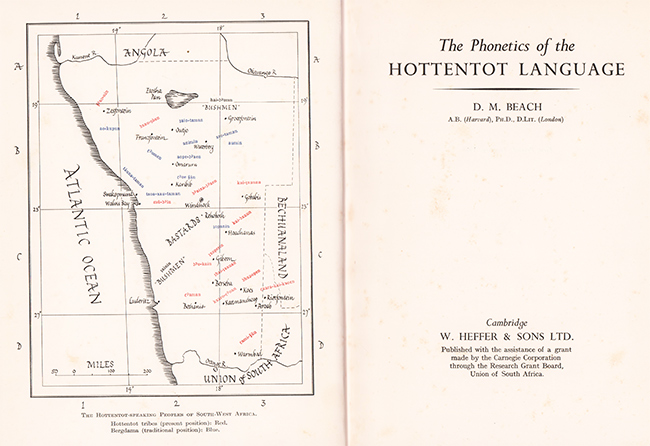 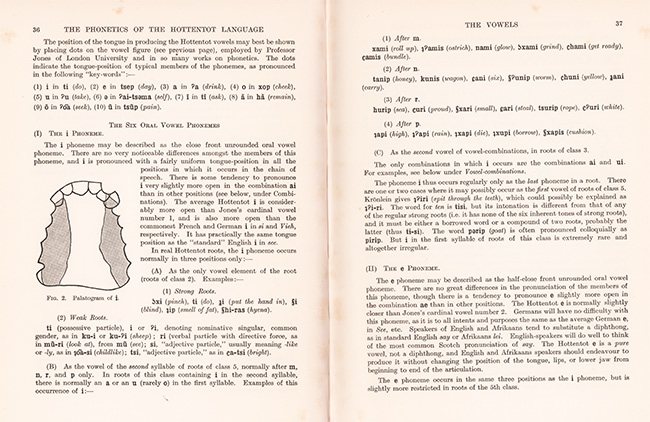 PHONETICS OF THE HOTTENTOT LANGUAGE

'This work is a revision and enlargement of the thesis which gained for Professor Beach the degree of D.Lit. in the University of London in 1932, and it rests upon the analysis of over 150 Hottentot speakers, extending over a period of some twelve years. The first part of the book deals with the Nama dialect, which is taken as the standard; the Korana and Griqua dialects are dealt with later. There follow chapters dealing with the comparative tonology of Nama and Korana, the phonetic history of the Hottentot roots, and the spelling of the language. It will be seen that this is a work of more than usual importance, and one which must be commended to the attention of not only Africanists, but of linguists in general.' A. Lloyd James, Bulletin of the School of Oriental Studies, Vol. IX, Part 3, 1938. The presentation inscription reads, 'To Tubbie, With "The compliments of the author," from his affectionate brother, Douglas'.