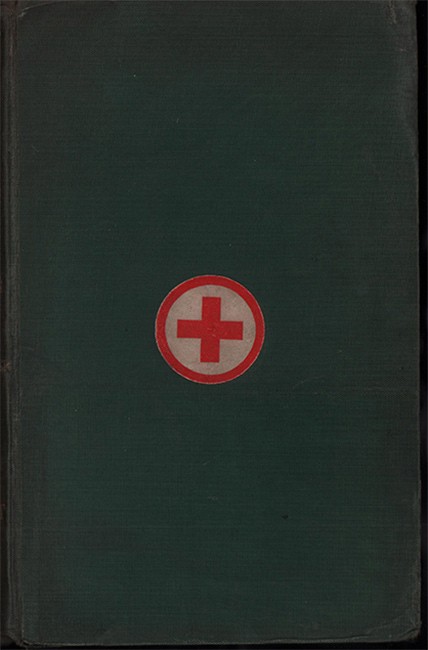 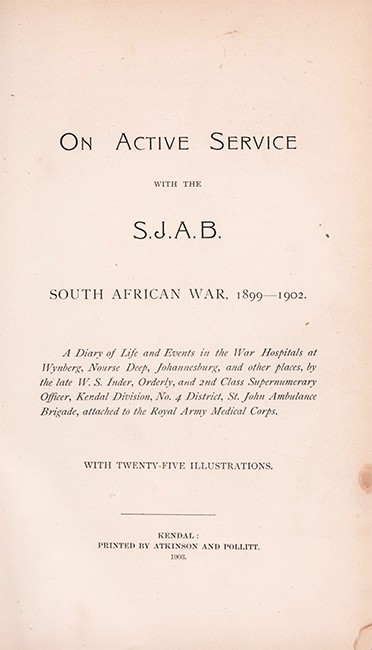 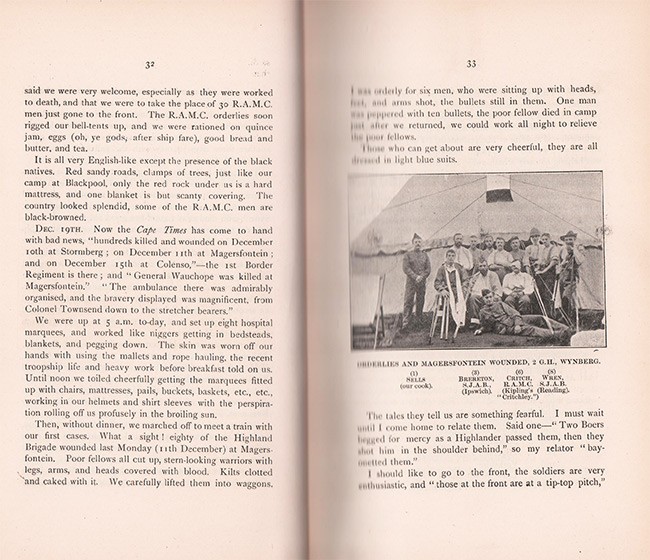 318 + 3 page appendix, original green cloth with a red cross embossed on the upper cover and gilt titling on the spine ? the cloth is a little dull and the corners bumped, a good copy

Hackett (R.G.) South African War Books (1994), page v, ?A campaign diary from November 1899 to December 1901 relating the author?s experiences in the Royal Army Medical Corps and the Imperial Military Railways. Inder, a member of the St. John Ambulance Brigade, was employed at military hospitals near Cape Town and at Johannesburg. He describes fully the routine at the establishments and comments briefly on the prevailing war situation. In June 1901 he resigned the hospital service to join the staff of the Imperial Military Railways. He was engaged at Johannesburg but later moved to Bloemfontein. In the course of his duties in the Orange River Colony he was taken ill and died at Bloemfontein in January 1902. An active service roll of the Kendal Division S.J.A.B.is appended.?