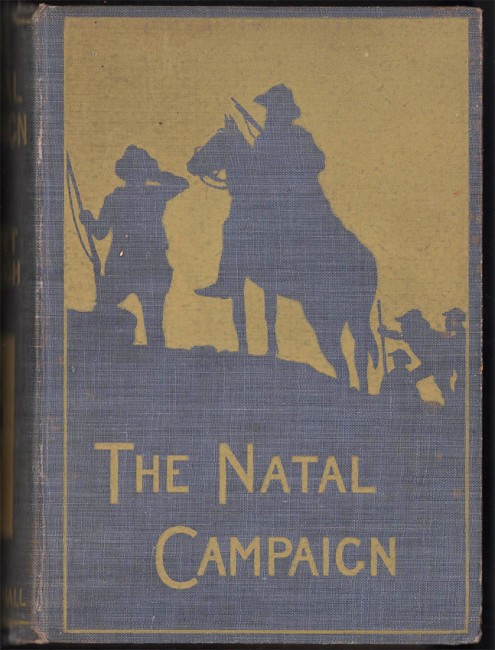 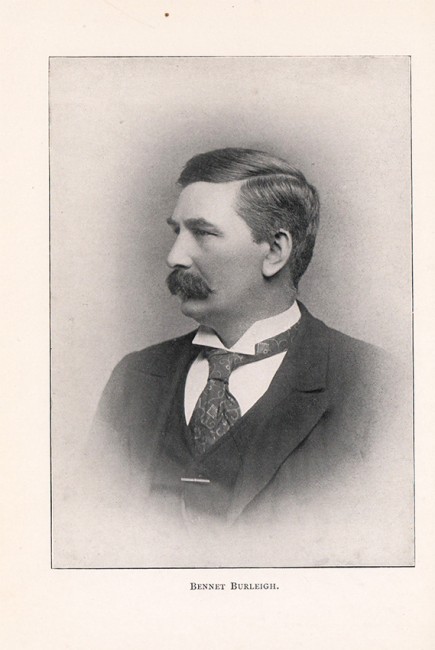 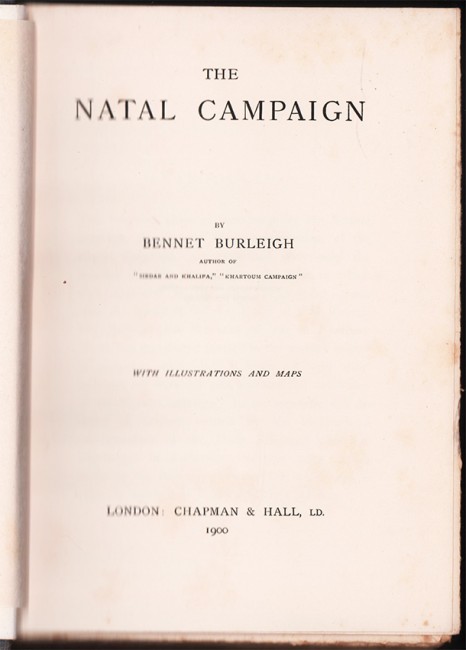 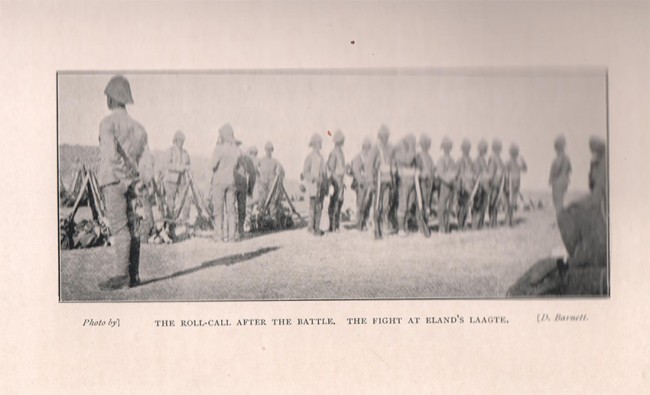 Mendelssohn (Sidney) South African Bibliography volume, 1 page 228-229: Most of the subject-matter of this volume appeared in the columns of the Daily Telegraph, of which Mr Burleigh was the Special Correspondent during the South African War. The narrative gives a full account of the Natal Campaign, particularly with respect to the battle of Elandslaagte and Buller's four successive attempts to relieve Ladysmith. Burleigh left the Natal Front soon after Buller's failure at Vaal Krantz and transferred himself to the Western Front with Lord Roberts. In an appendix will be found an account written by Mr. McHugh, a correspondent of the Daily Telegraph who was imprisoned in Ladysmith after the great attack made by the Boers on January 6th.' (from the Introduction).