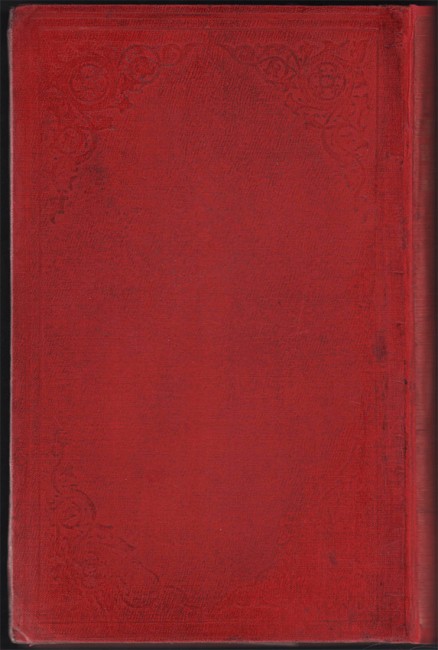 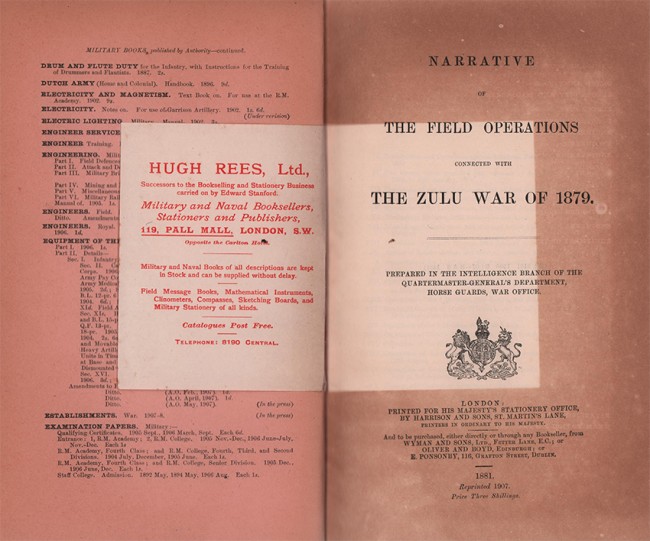 Prepared in the Intelligence Branch of the Quartermaster-General's Department, Horse Guards, War Office

174 pages, (catalogue of Military Books published by Authority as endpapers), folding map of Zululand in two large sheets (each 810 x 630 mm) and 6 folding plans all in a pocket in the back cover, 10 maps and plans in the text - some folding, folding table, original red blind stamped cloth, titled gilt on the back, neatly restored (the heavy maps in the pocket in the back cover strain the hinges and these often need attention), a very good copy. Second edition (1881)

The second edition with both sheets of the large folding map of Zululand. When the first edition was issued in 1881 the second sheet of the map was not ready and the book was published without it. 1500 copies of this second edition were printed. 'Any military account of the British Invasion of Zululand must take into basic consideration the Intelligence Branch of the War Office's Narrative of the Field Operations Connected with the Zulu War of 1879 which, whilst not accurate in all particulars and evasive over contentious issues, nevertheless traces the progress of the campaign in detail, gives figures for the British forces, their casualties, expenses and so on.' Laband & Thompson: Field Guide to the War in Zululand, page 118.