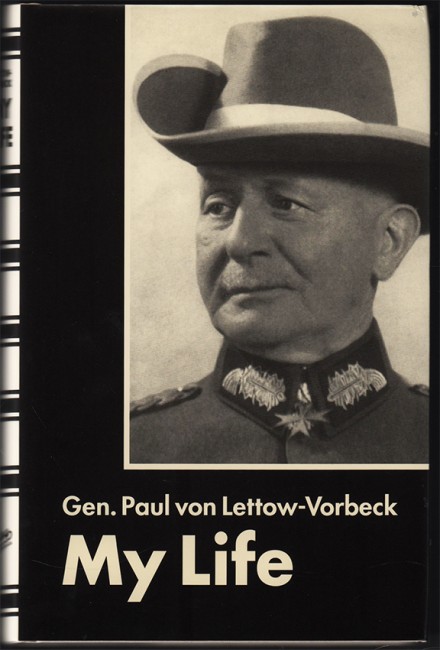 General von Lettow Vorbeck is renowned as being the only undefeated German general of the Great War 1914 -1918. Writing this autobiography when he was 87 years old he recounts the story of his whole life. His great deeds during the five-year struggle for East Africa, which gained him worldwide fame, grew from his military upbringing and his experiences of colonial warfare in China and German South West Africa. All these are described in popular format, and those of East Africa are of great value and they include material from his conversations with former enemy commanders. Returning home in 1919, he was courted by both left and right, liberated Hamburg, was supposedly involved in the Kapp Putsch, later became the national German representative for Upper-Bavaria-Swabia, had to deal with Hitler and his minions as leader of the Stahlhelm and Colonial Association (he was placed under house arrest throughout the second World War), and finally revisited the locales of his former activities in a trip around Africa in 1953. He treats his family life and enthusiasm for hunting openly and with humour.