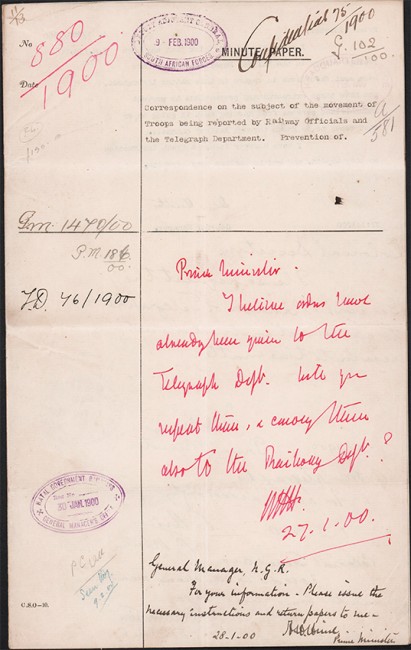 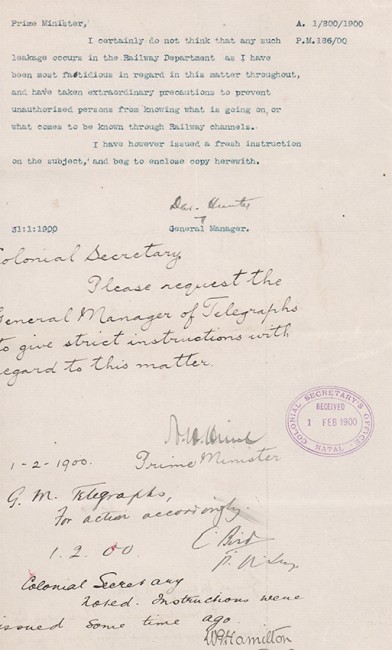 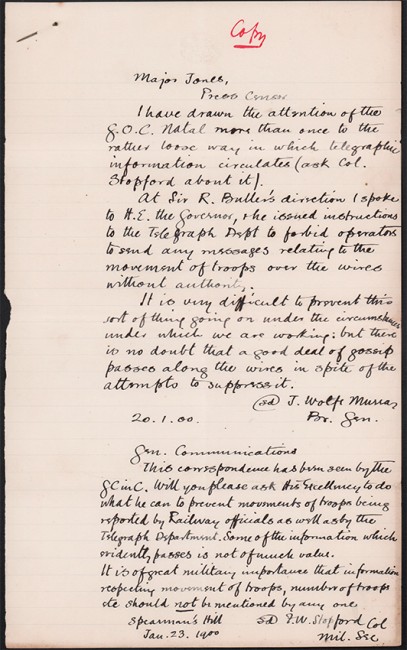 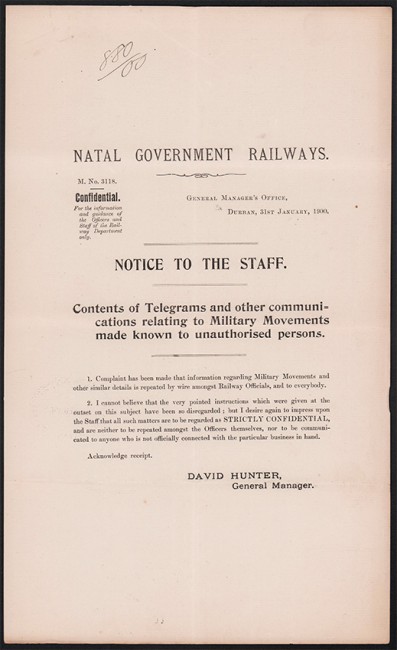 MINUTE PAPER - CORRESPONDENCE ON THE SUBJECT OF THE MOVEMENT OF TROOPS

Being reported by railway officials and the Telegraph Department. Prevention of.

Folder of four leaves, typed and hanwritten on the first 2, the other 2 are blank, the first leaf with official stamps of the Natal Government Railways General Manger's Office dated 30 January 1900, the other - Deputy Adjunct General of the South African Forces dated 9 February 1900 - the contents are marked Confidential. There are 3 other documents loosely inserted

The documents concern the possible leaking of information to unauthorised persons in the Railways Dept and the extraordinary measures that have been taken to prevent these problems - forbidding the Telegraph Department operators from sending any messages relating to the movement of troops over the wires without authority.The documents contain the signatiure of the Prime Minister Albert Henry Hime.The loosely inserted leaves are a copy of a letter to Maj. Jones the press secretary, signatures and dates ot the officials who have read this instruction and a printed leaf by the Natal Government Railways Notice to the Staff on the subject..