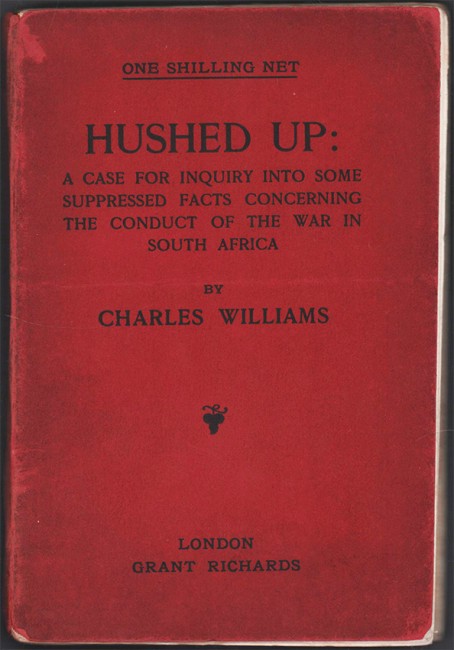 Mendelssohn (Sidney) South African Bibiliography vol. 2 page 613. 'The author endeavours to prove that the British Government devised means to render the inquiry into the conduct of the South African War "limited, cramped" and "abortive." It is stated that in the belief that the Boers would not dare to take the initiative, the Government had thrown away every chance, although their own Intelligence Office had warned then that the Transvaal and Orange Free State had armed themselves with modern weapons, and were drilling as they had never drilled before. When the writer pointed out that France and Germany had armed themselves with the same quick-firing guns adopted by the Boers, he was menaced under the "Official Secrets Act," and threatened that he would not be licensed again as a war correspondent. Both Lords Kitchener and Roberts are taken severely to task for their orders in connection with the burning of the Boer farmhouses.