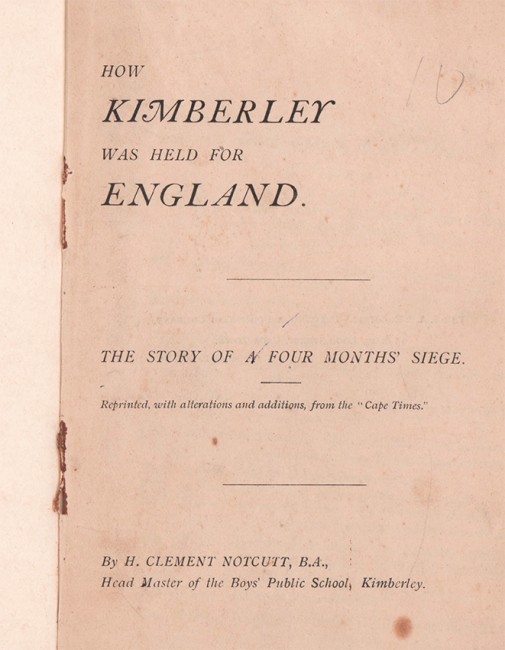 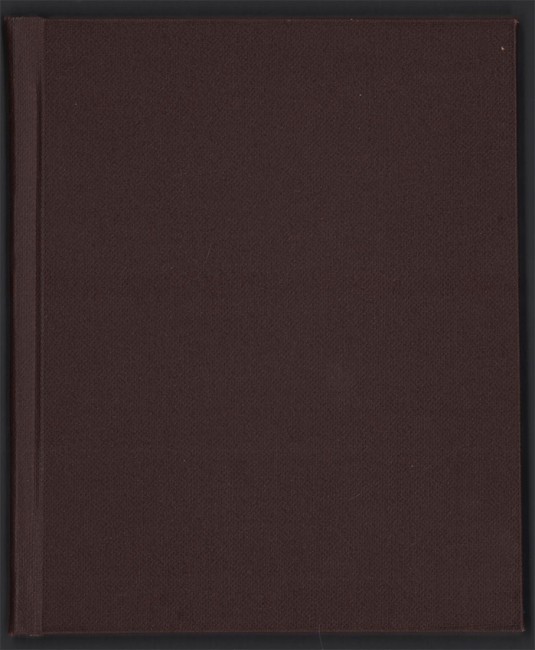 HOW KIMBERLEY WAS HELD FOR ENGLAND

The story of a four month's siege, reprinted with alterations and additions from the "Cape Times" by H. Clement Notcutt, Head Master of the Boys' Public School, Kimberley.

Mendelssohn (Sydney) South African Bibliography, volume 2, page111, Mendelssohn comments on the anti-Boer sentiment of this pamphlet, 'A bright little sketch of the investment and relief of the Diamond City. Referring to the conduct of the operations by the Boers, it is remarked that "Many men took their wives and families to the redoubts ... because they were almost always the only places against which shells were not directed ... in the main the Boers avoided them ... and confined their efforts to the killing of women and children. When once this and similar facts are made known in England, it is to be hoped that we shall hear less of the 'courage' and 'piety' of the Boers."'