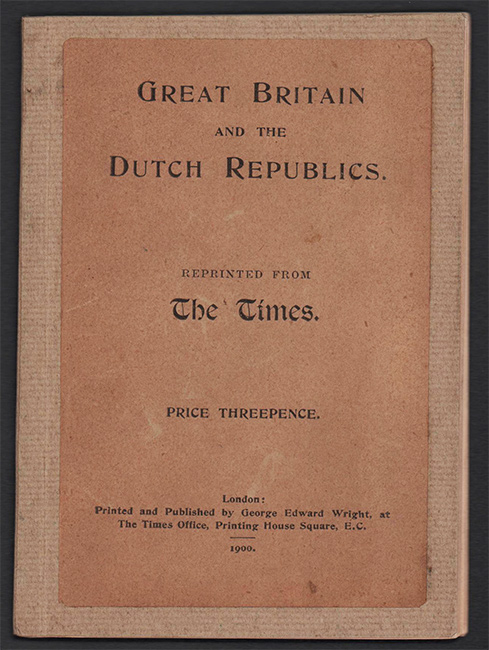 GREAT BRITAIN AND THE DUTCH REPUBLICS

Reprinted from "The Times"

'In view of President Steyn's New Year's message to the burghers of the Free State, alluding to the "enemy who has oppressed and persecuted us during the whole of the last century," and of the opinions genuinely, and it may be believed sometimes reluctantly, held in certain quarters on the Continent, it may be useful to present a summary of the historical relations between Great Britain and the Dutch Republics of South Africa. The history of the South African States is so little known that even among British readers the facts are far from being so familiar as to enable the majority of Englishmen to understand on how strong a position this country takes its stand in the present war.' From the Introductory article. On the back cover it is advertised that 'copies of this pamphlet may be obtained from "The Times" Office at ?4 per 1000 copies for gratuitous distribution.'