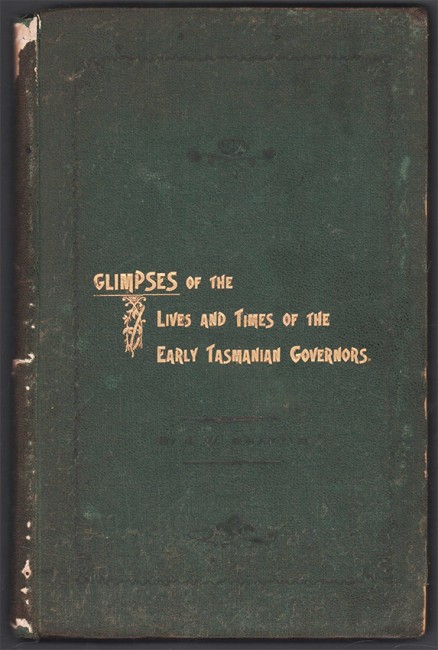 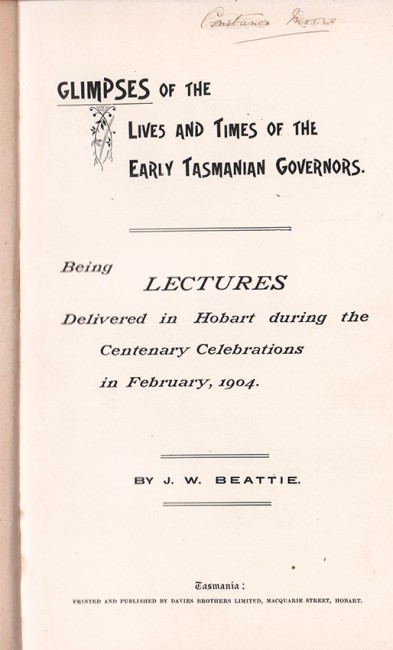 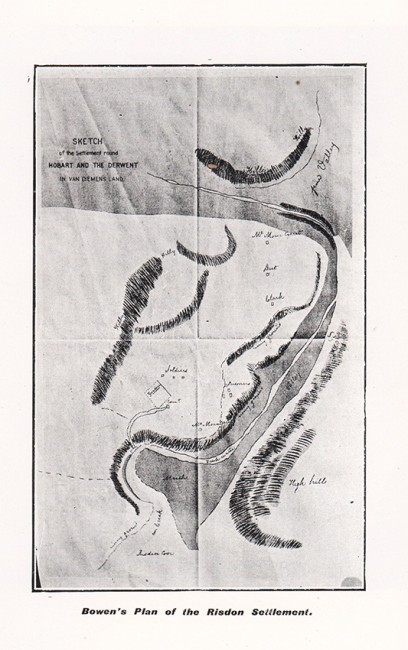 GLIMPSES OF THE LIVES AND TIMES OF THE EARLY TASMANIAN GOVERNORS

46 pages, 8vo (230 x 150 mm), 48 plates ? 2 folding ? including 2 maps, original green cloth titled gilt within a blind stamped border on the title page ? the cloth is insect damaged on the spine and along the edges and at the corners, signature ? Constance Moore ? at the top of the title page, errata slip, contents good.

John Watt Beattie (1859-1930) photographer and antiquarian was born on 15 August 1859 at Aberdeen Scotland son of John Beattie, master house-painter and photographer and his wife Esther Imlay n?e Gillivray. After a grammar-school education he migrated with his parents and brother in 1878 and struggled to clear a farm in the Derwent Valley" Tasmania. Gifted with both physical zeal and craftsman skills, he probably did more than anyone to shape the accepted visual image of Tasmania. An admirer of William Piguenit Beattie stressed the same wildly romantic aspects of the island's beauty. He joined Bishop Henry Montgomery and Professor William Brown in establishing the historical and geographical section of the Royal Society of Tasmania in 1899. The society had elected Beattie to a fellowship in 1890, and he gave the key-note historical address at the Tasmanian centenary celebrations of 1904 (published as Glimpses of the Lives and Times of the Early Tasmanian Governors).From the article in The Australian Dictionary of Biography" by Michael Roe