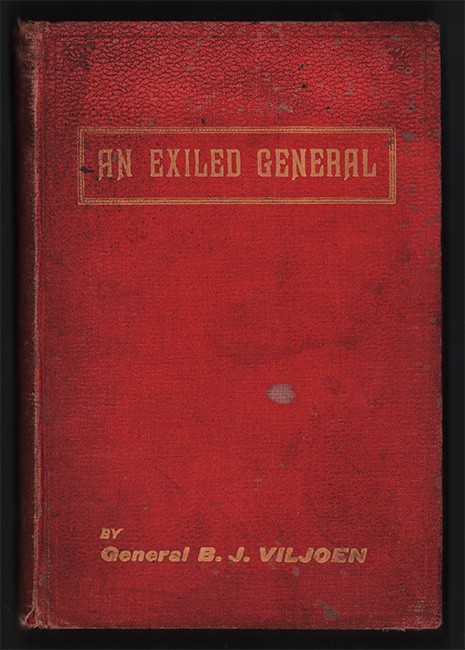 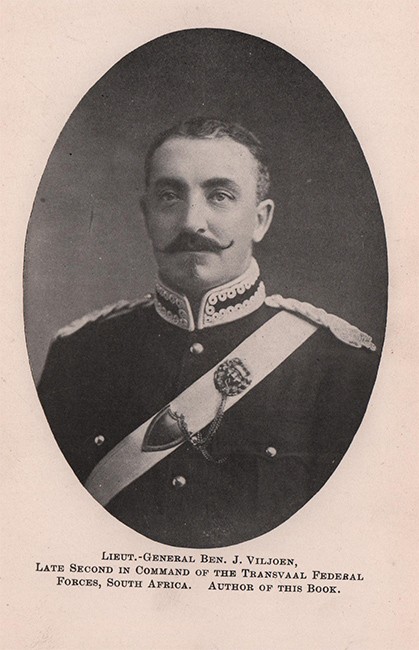 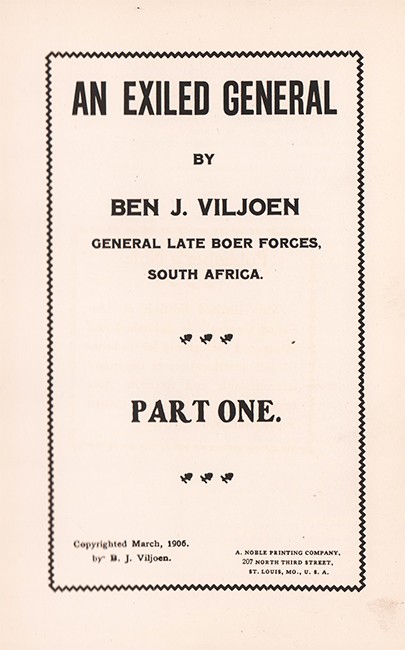 South African Bibliography volume 5, 'The Supplement', pages 342 lists only one copy. A 'Publisher's Note' states, 'This limited edition of "An Exiled General" is published and (is) being sold exclusively for the benefit and amelioration of the many irreconcilable and destitute Boer families emigrating to the United States from South Africa.' General Viljoen was captured by British forces in January 1902 and was sent to St Helena as a prisoner of war where he wrote his memoirs. Unable to return to South Africa permanently after the war (he claims here that this was because he refused to swear the Oath of Allegiance to Britain although there were suggestions his capture had been the result of collusion with the enemy) he emigrated to America. He took an important part in the Boer War Exhibition in St Louis in 1904 and later settled in New Mexico and died in 1917.