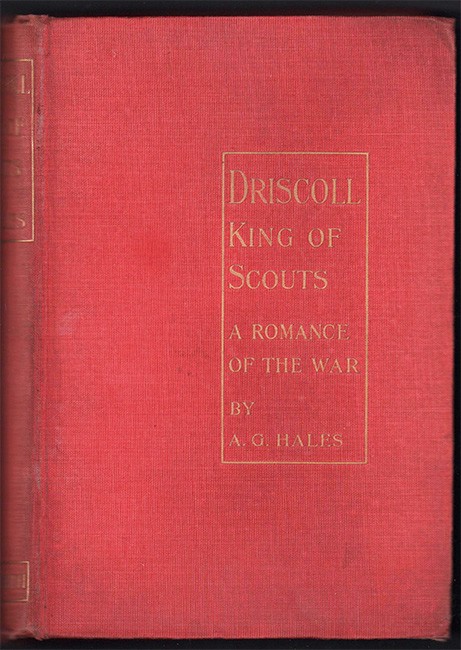 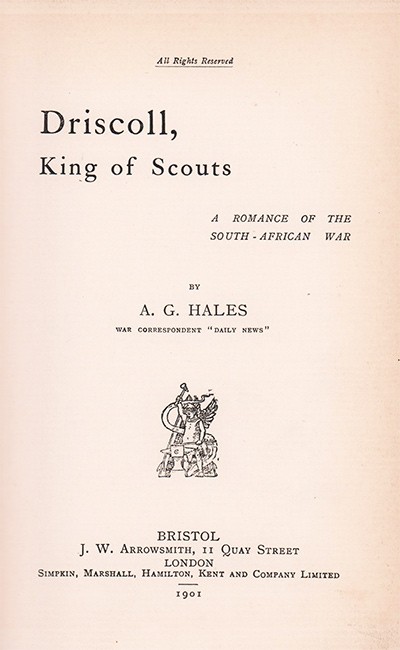 A romance of the South African War

From WIKIPEDIA: Alfred Arthur Greenwood Hales (21 July 1860 ? 29 December 1936) was an Australian novelist and war correspondent. Hales stood as a labour candidate for parliament but was defeated, and when the South African war broke out became a war correspondent for the London Daily News. For a time he wrote fearlessly and critically of the way in which the British were conducting their operations, but was wounded and made a prisoner by the Boers, and was not released until the end of the war. Hales wrote a book on his experiences, CAMPAIGN PICTURES OF WAR IN SOUTH AFRICA (1900), and in the following year appeared his first novel,DRISCOLL, KING OF SCOUTS