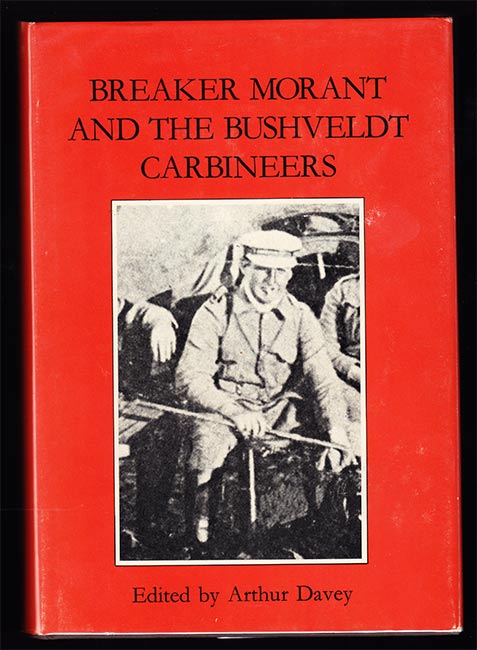 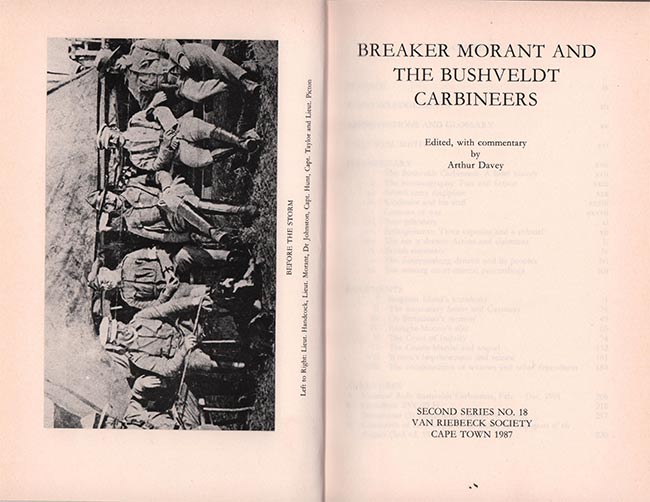 238 pages, 8vo (230 x 160 mm), frontispiece "Before the Storm: Morant and other officers in the field", 20 illustrations, map on rear endpapers, brown cloth, a very good copy in the dust jacket. Van Riebeeck Society Second Series No. 18

'Drawing on sources in South Africa and elsewhere, as well as publishing a large section of important documents, Dr Arthur Davey has sought and found definite or probable answers to a number of hitherto unresolved issues. Did Kitchener give secret verbal orders that no Boer prisoners were to be taken? Was this harsh autocrat ill-disposed towards Australian "Colonials"? Were the group of Boers who were shot "train wreckers and marauders" as Morant asserted? Were the courts-martial rigged? Underlying the trials was there an intent to placate Imperial Germany? Were the full proceedings deliberately suppressed or concealed from later researchers by the authorities in Great Britain? How comprehensive was Lieutenant George Witton's published account (1907) of events?' Publisher's Note.