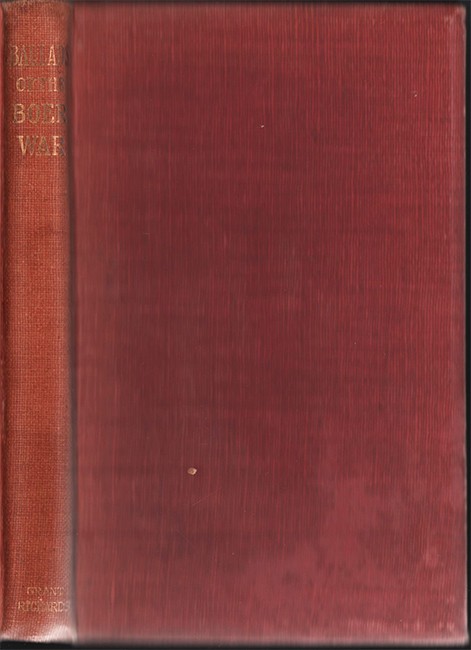 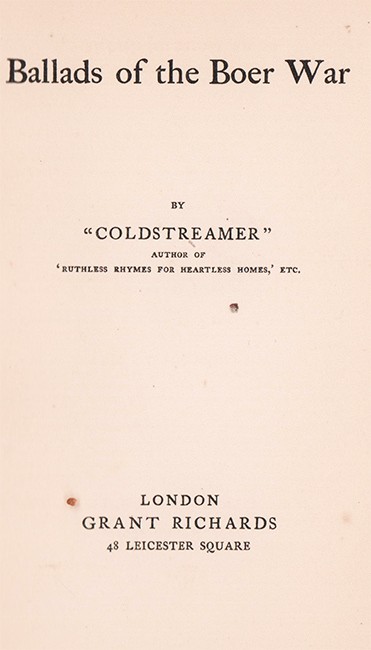 BALLADS OF THE BOER WAR

by ?Coldstreamer? author of Ruthless Rhymes for Heartless Homes

Jocelyn Henry Clive 'Harry' Graham (23 December 1874 ? 30 October 1936) was an English writer. He was a successful journalist and later, after distinguished military service, a leading lyricist for operettas and musical comedies, but he is now best remembered as a writer of humorous verse in a style of grotesquerie and black humour. Graham was commissioned into the Coldstream Guards in 1893, and from 1898 to 1901 and again in 1902?1904 he served as aide-de-camp to Lord Minto, Governor-General of Canada. In the intervening year, he served in the Boer War.https://en.wikisource.org/wiki/Author:Jocelyn_Henry_Clive_Graham