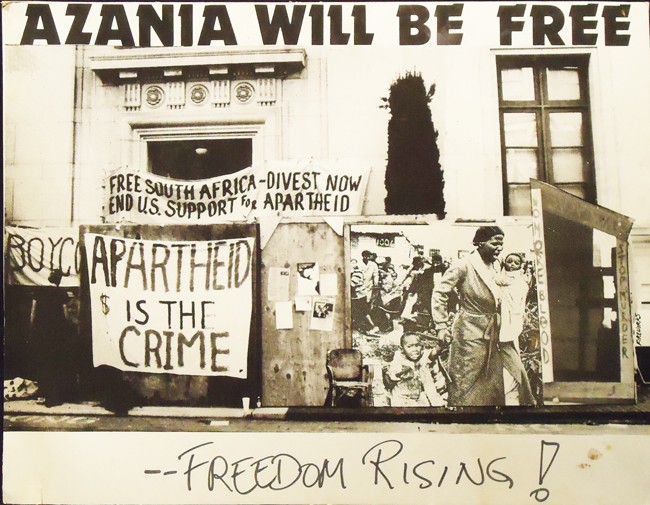 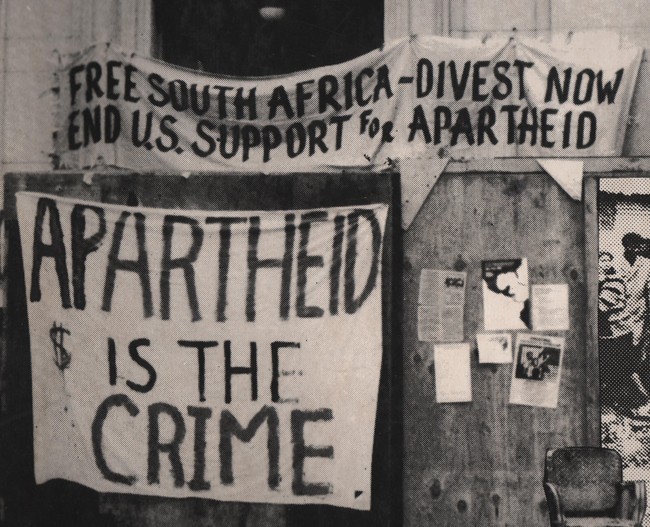 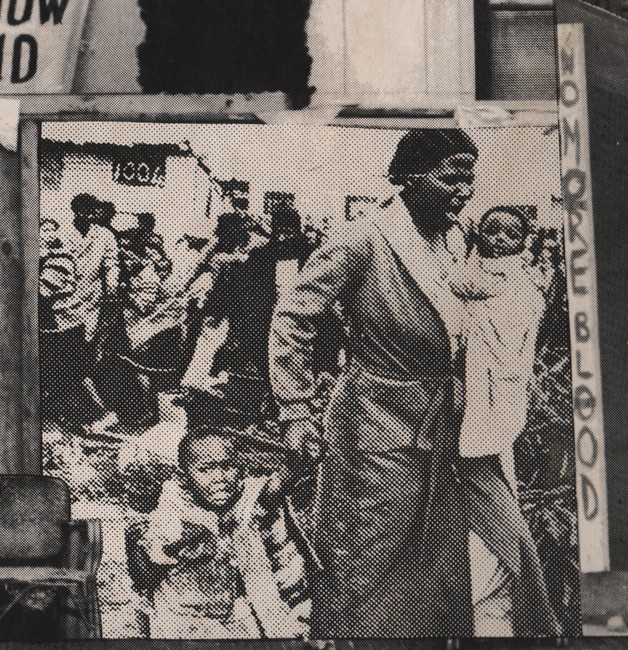 AZANIA WILL BE FREE - FREEDOM RISING

Poster on stiff cardboard (460 x 590 mm), slightly watermarked on front and back with ink smudge at the bottom under the photograph, black and white photographic illustration depicting an occupation in solidarity with the anti apartheid campaign