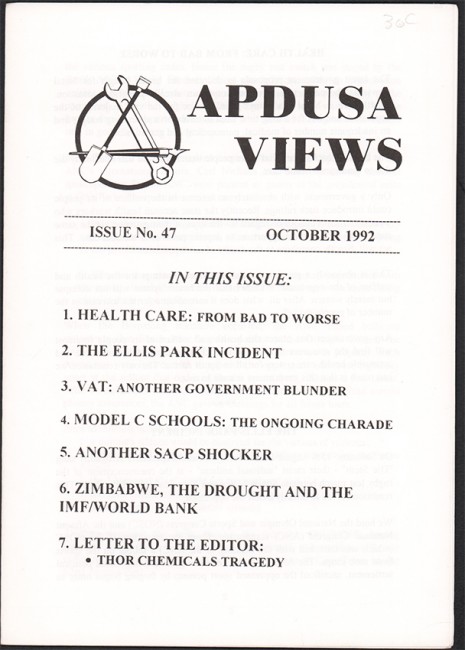 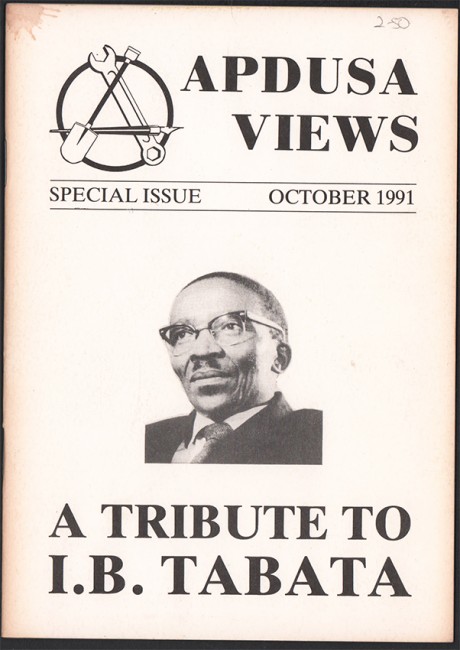 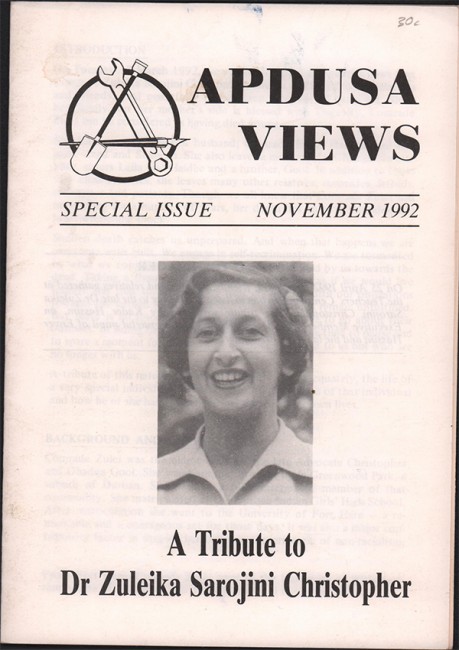 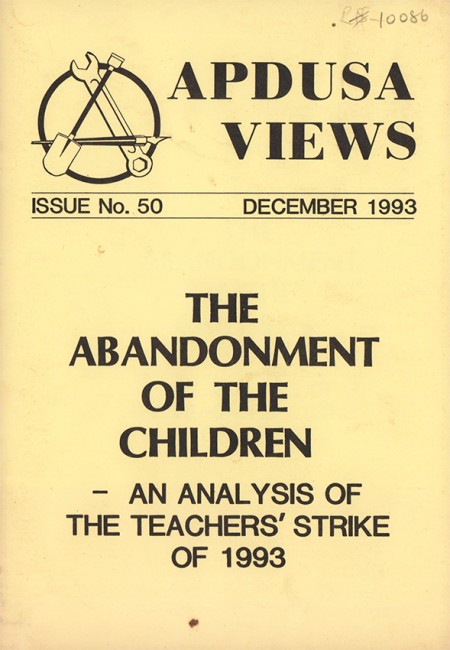 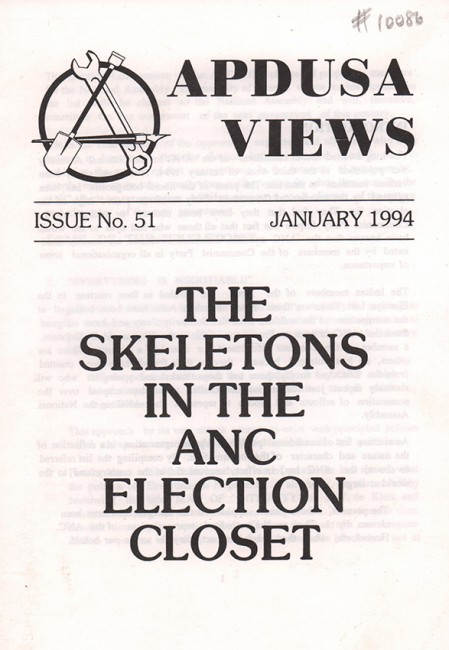 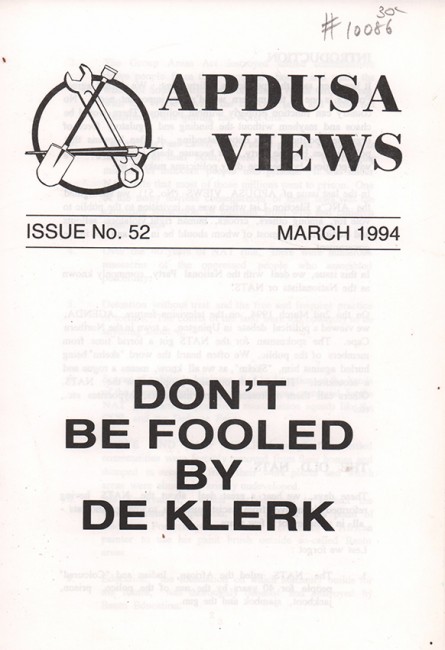 Published by the African People's Democratic Union of Southern Africa (Natal) /Unity Movement.No 47: Healthcare and other topicsNo 50 : The abandonment of the children- an analysis of the Teachers' Strike of 1993.No 51 : The skeletons in the ANC Election closetNo 52: Don't be fooled by De KlerkSpecial issue October 1991: A tribute to I.B.TabataSpecial issue November 1992: A tribute to Dr Zuleika Sarojini Christopher