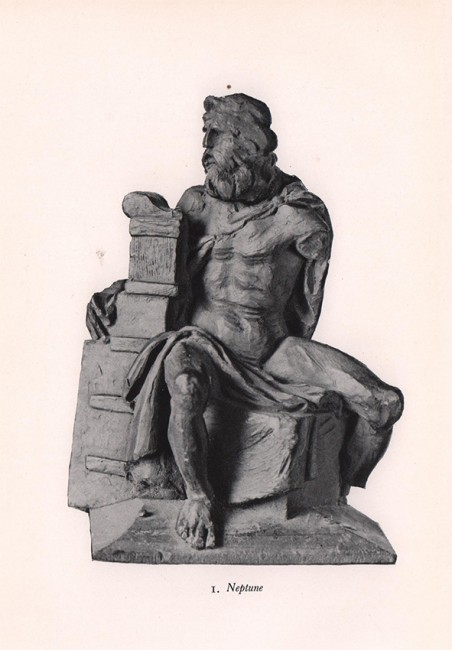 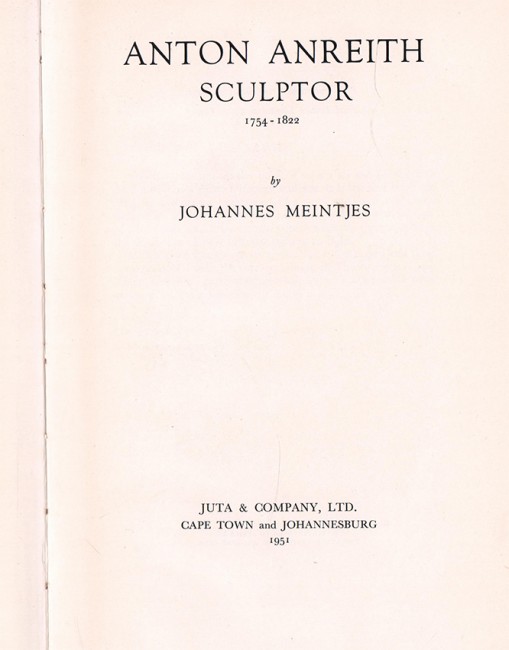 62 pages,8vo (240 x170mm), frontispiece, black and white illustrations, blue cloth, spine faded and frayed at the top and the bottom, corners lightly bumped with marks on the upper cover, a good copy.

Anreith arrived at the Cape of Good Hope as a soldier in the service of the Dutch East-India Company in 1777 on the vessel Woestduijn. Although he was a trained sculptor, he was initially employed as a carpenter. His status changed when, in the 1780s, a wealthy Lutheran named Martin Melck commissioned him to carve a pulpit for the Lutheran Church in Strand Street, Cape Town. In 1786, he was appointed master-sculptor to the Dutch East India Company.In 1789 Thibault and Anreith were joined by Hermann Schutte, an architect and builder from Bremen and the three of them had a profound influence on the development of Cape Town architecture in the late 18th and early 19th centuries. The triumvirate of Thibault, Anreith and Schutte would for many years work from a workshop in the Castle.In addition to his sculpture and plaster-work, Anreith made a living teaching life drawing and geometry. He was also head of the first art school in South Africa which was founded by the Freemasons. He became a Freemason in 1797 as a member of the Lodge de Goede Hoop, for which he designed a number of lime plaster statues, Anton Anreith's later years were marked by poverty, loneliness and a decline in the quality of his work due to frailty.He died in 1822, at his residence at 8 Bloem Street, Cape Town.https://en.wikipedia.org/wiki/Anton_Anreith