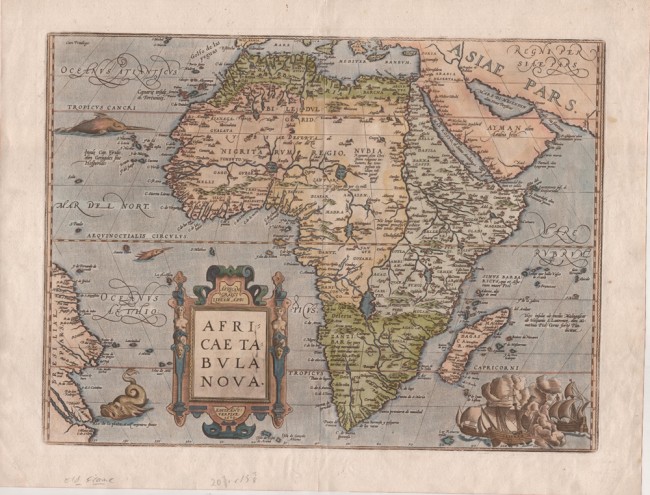 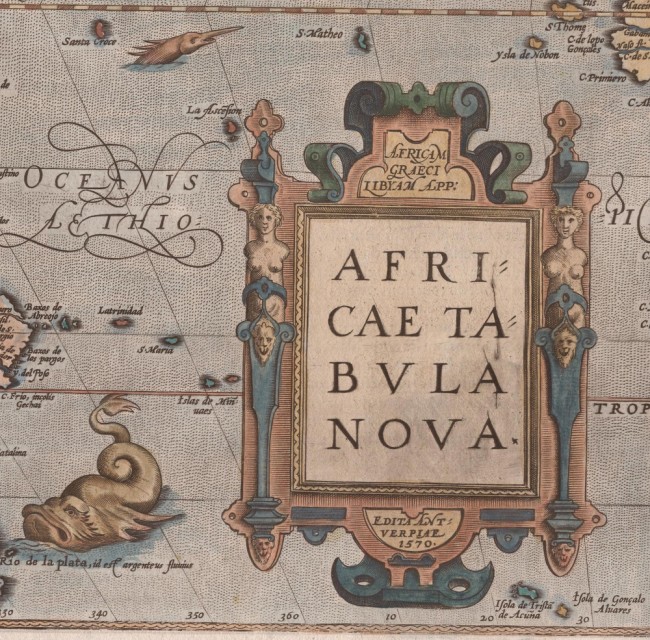 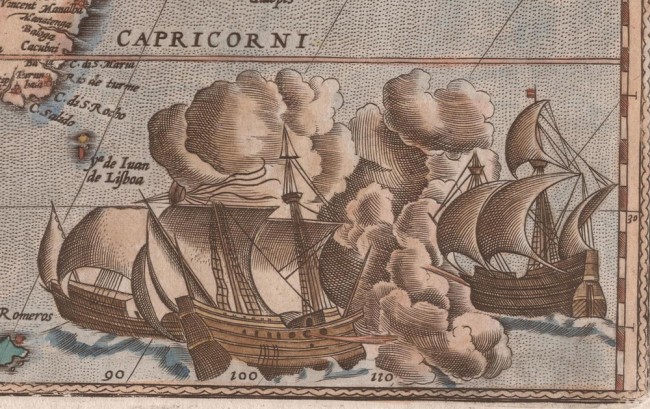 This is a beautiful, rare example of a landmark map of Africa that appeared in the first Atlas: Theatrum Orbis Terrarum. It was the cartographic creation of Abraham Ortelius, who produced the most expensive book published to 1570 - and it was very popular. The map is age toned and the paper somewhat brittle. A very good, rare copy.