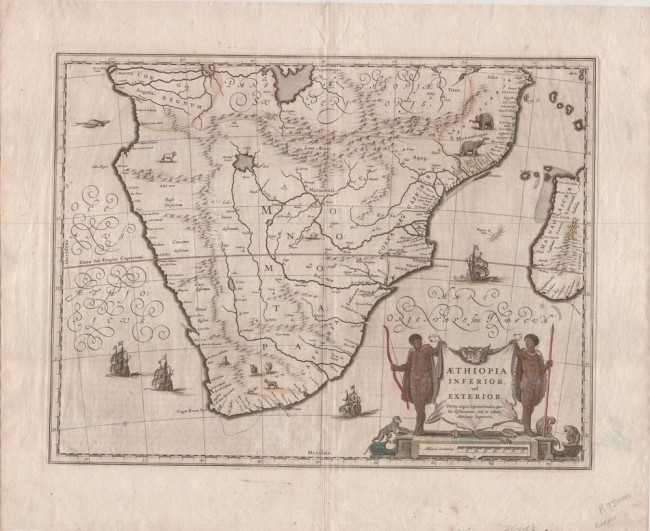 50cm x 38cm. Willem Blaeu's famous map of Southern Africa which was the standard map of the region in the 17th century; it went into many editions [Loosely translated title: Aethiopia Inferior or Exterior. The more northern parts can be seen in Aethiopia Superior].

This famous map was extensively copied, but these copies are readily distinguished from Blaeu's original map. Blaeu's map is modelled on the ancient geography of Ptolemy. The lake out of which the 'Zambere' (i.e Zambesi) flows is probably based on reports of Lake Ngami, which remained undiscovered by Europeans until 1849; then 20 miles long, today it is only marshland. This map of Southern Africa is in fine condition and will be a valued addition to any collection of historical maps of the region.